From celebrity spotting at Cannes' infamous Film Festival to dancing until dawn at Nice's historical Jazz Festival, this is the lowdown on Nice Pebbles' favourite French Riviera annual events. 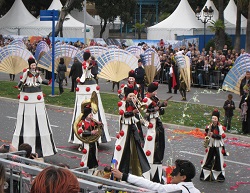 Visitors should note that it's a vibrant, intoxicating - and often extremely noisy - time in downtown Nice. If you'd like a ringside seat for the exhilarating festivities, we recommend choosing a Nice holiday apartment in the Old Town, place Masséna or along the promenade des Anglais.

In Down the coast, Menton's Fête du Citron is held during the same period. It's a petite version of Nice's carnival, yet incorporates literally tonnes of locally grown citrus fruit.

Go celeb-crazy at Cannes Film Festival (mid to late May)

Every May, Hollywood actors, celebrities and associated A-listers crowd the Cannes Film Festival. For ten days the world's spotlight focuses on the Riviera's most glamorous corner. The year's finest films are screened, reviewed and feted with much sought-after awards including best film, best director and best screenplay.

Remember that the Cannes Film Festival is an industry event. Which means if you're not lucky enough to count yourself among the world's most famous faces (or the PRs and press scurrying behind them), access to screenings and after parties can be difficult.

Film buffs may head instead to Cinéma de la Plage, where a selection of classic Cannes movies is screened nightly for free on the beach Plage Macé. Celebrity hunters would do well to check out the city's ritziest hotels - from the Carlton to the Martinez - or stalk the Palais des Festivals' star-studded red carpet. Stars of the silver screen, from Brad Pitt to George Clooney, often take a quick promenade through town.

Note that accommodation rates rocket in Cannes during this select period. We recommend renting a holiday apartment in Nice, Antibes or Juan-les-Pins, then travelling into the action by train. For transport between Cannes and the rest of the French Riviera, please see our transport page.

Rev up for the Monaco Grand Prix (late May) 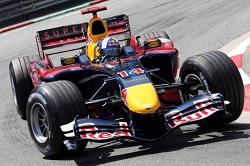 The second big event of the year is the Monaco Grand Prix. The highlight of the F1 calendar, this much-anticipated race takes place over four days in late May, whizzing through Monaco's narrow city streets. Super advance tickets start at 35 each, although most spectators should expect to pay upwards of 70 a head.

If you're interested in checking out the action first hand, advance tickets may be purchased for as little as 35 per person through Formula 1 Monaco. However, most race day tickets range between 70 and 550 per person. Prices depend on seat location, whether there's an oversized screen in view, or if you're lucky enough to be overlooking the pits.

Visitors should bear in mind that accommodation rates in Monaco during the Grand Prix can literally break the bank. Snoozing here also means you'll be able to hear the motors throughout practice, qualifying and race day.

Holiday apartment rental in nearby towns may also be pricey, and often book out well in advance, so we recommend booking a rental apartment in Nice instead. For train links between Nice and Monaco (a mere 15-minute hop along the cost) see our transport page.

Every July, thousands of visitors descend upon Nice solely for its legendary Jazz Festival. Going strong since 1948, this music festival has pulled headlining acts from Jimmy Cliff and Erykah Badu to Ben Harper and Earth, Wind and Fire.

Concerts take place in and around Jardin Albert 1er and place Masséna. Music and a late-night buzz permeate the city throughout the festival. Keen concertgoers opt to stay close to the action (and the sounds!), choosing Nice rental apartments in the Old Town and place Masséna.

On the flip side, visitors nonplussed by jazz and world music are advised to steer away from of this central zone of Nice in mid July. Their first port of call for accommodation should be Nice Pebblesyou' range of holiday apartments in the more residential Nice Port and Musiciens quarters.

Over the past few years, fringe performances have taken place at the Théâtre de Verdure (also Jardin Albert 1er), with plenty of unusual Le Jazz OFF events held around town too. Note that the equally popular Jazz à Juan music festival usually takes place down the coast in Juan-les-Pins the following week.

Soak up the sun (year round)

The French Riviera is synonymous with sun-kissed days, breezy beaches and chilled rosé. Come summertime, this golden coastline - which boasts more than 300 sunny days annually - does get hot, so be sure to choose the Nice rental apartment that best suits your needs.

Heat sensitive guests should note that many properties are prohibited from installing air-conditioning due to building restrictions in the historic city centre. For example, many buildings in Nice Old Town are over 300 years old! Check out each holiday apartment's amenities box for further information.

During winter, temperatures in Nice are mild, hovering between 10C and 13C. Take advantage of the region's consistently clear skies to explore the Promenade des Anglais. This stunning 5-km seafront walkway is ideal for strolling, jogging, cycling and rollerblading. Both east and west of Nice, seaside walking paths ring Cap Ferrat, Cap d'Antibes and Cap Martin, teetering picturesquely between rocky outcrops and the shimmering sea.

Spend a night at the Opera (September - June) 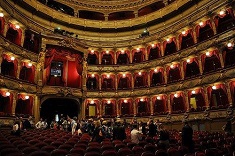 Backing onto the buzzing Old Town, the 19th-century Opéra de Nice peeks out over the city's sublime seafront promenade. From September through June this elegant theatre stages a heady calendar of classical concerts, as well as internationally acclaimed opera and ballet.

Opera tickets range from 12-78, depending on seats; concerts from 8-28; and ballet performances from 10-40. On a budget? Weekend matinées are priced at a wallet-friendly 7 each.

Get into the Christmas spirit (mid December to early January)

The Christmas holidays are one of Nice's most festive seasons. Expect carol singers roaming the city streets, candlelit concerts held in churches and seasonal produce and craft markets.

However, for true Christmas cheer, Lou Présèpi is unmissable. This annual live nativity scene, held in the Old Town's place Rossetti for one week over Christmas, recreates the manger of Jesus' birth, showcasing local animals like lambs, geese and rabbits. Families often choose a Nice Old Town holiday apartment in order to keep an eye on the cuddly creatures! 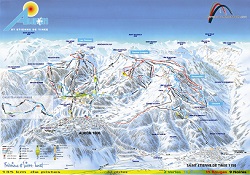 The snow-capped Southern Alps form a dramatic backdrop to the Cote d'Azur's gentle coastline. Sweeping skywards around an hour inland from Nice, a scattering of winter resorts are perennially popular with keen local skiers.

Our favourites include Auron and Isola2000. Each boasts around 150km of thrilling runs and their own snowboard parks. Also nearby is family-friendly Valberg, which offers snowshoe trekking and mountain hiking.